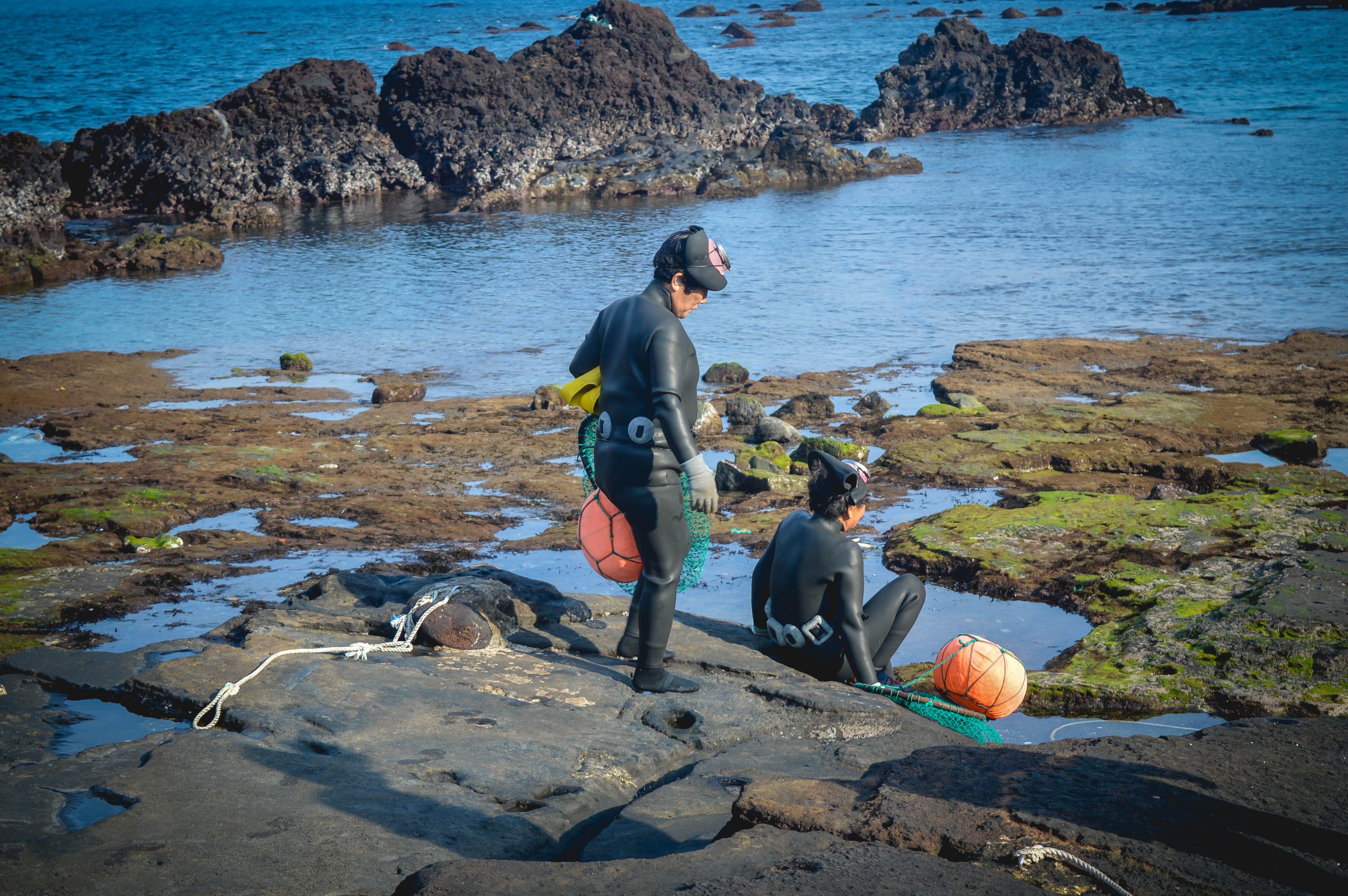 Located just off the southern shores of the Republic of Korea, Jeju Island is home to over 3,000 female divers, or Haenyeo, who dive 10 meters under the sea without any breathing equipment. Today, there are 3,613 Haenyeo, and they share their harvests equitably with each other. They are all members of fishing cooperatives on the island, represented by the National Federation of Fisheries Cooperatives, which has 154, 870 members nationwide.

The Haenyeo earn their living by harvesting shellfish up to seven hours a day, 90 days a year. Known as “Mothers of the Sea”, most of them are over the age of 50, with some in their 80s.

The island’s female divers date back to the 17th century. Initially a male trade, diving in Jeju became female-dominated in the 18th century as men lost their lives in wars and women had to earn a living for their families.

Diving rights are passed from mother to daughter, together with the strong community spirit which is at the heart of the Haenyeolife. The divers are allowed to harvest only within the waters marked as belonging to their fishing village cooperative. However, each diver distributes their harvest equitably, supporting others who may have had a poor catch.

Cultural heritage, inclusion and equity are essential elements of the cooperative identity and will be on the agenda at the World Cooperative Congress in Seoul, where delegates will explore how to take advantage of these values to strengthen the pride in cooperative identity worldwide. Learn more here.

This website uses cookies to improve your experience while you navigate through the website. Out of these cookies, the cookies that are categorized as necessary are stored on your browser as they are essential for the working of basic functionalities of the website. We also use third-party cookies that help us analyze and understand how you use this website. These cookies will be stored in your browser only with your consent. You also have the option to opt-out of these cookies. But opting out of some of these cookies may have an effect on your browsing experience.
Necessary Always Enabled
Necessary cookies are absolutely essential for the website to function properly. This category only includes cookies that ensures basic functionalities and security features of the website. These cookies do not store any personal information.
Non-necessary
Any cookies that may not be particularly necessary for the website to function and is used specifically to collect user personal data via analytics, ads, other embedded contents are termed as non-necessary cookies. It is mandatory to procure user consent prior to running these cookies on your website.
SAVE & ACCEPT